2 Corinthians 12:9, “But he said to me, “My grace is sufficient for you, for my power is made perfect in weakness.” Therefore I will boast all the more gladly about my weaknesses, so that Christ’s power may rest on me.” (NIV)

She had not seen him in almost a year.  She missed him.  She missed his little cute face.  She missed his encouraging words.  She missed him, her oldest son.  As she tried to nibble on her simple dinner, her weak appetite failed her.  She was too excited.  Tomorrow she would be going to see her son.  The domestic violence had caused her to flee to her parents’ home.  After spending a year away from her estranged husband, her brother in law had come to get the boy.  He said the boy’s paternal grandmother wanted to see him.  The boy was supposed to be gone for just a couple of weeks.  The two weeks had turned to months. She felt cheated, lied to, and robbed. She had to see her boy.

Her excitement was obvious.  She had spent the day walking down the village telling her neighbors of her impending trip to see her son.  She could not conceal her excitement.  She wore a wide small all day. The night was long.  Throughout the night, she tossed around on her makeshift bed.  Whenever she fell asleep she would experience a devastating nightmare in which saw herself missing the bus.

Soon, it was morning.  She stepped out of the hut to gaze at the orange sun that was beginning to rise as it kissed the eastern horizon.  The sun seemed to glide gently over the tree tops, as if to declare the arrival of a new day – a new hope. She embraced the sun’s warmth, and the promise it brought. The sun’s rays began to pierce through the tree leaves and foliage, flooding her face with a glow that uplifted her soul.  She said a prayer, and was ready to go.

On the bus, she sat in the front window seat.  She gazed outside for the whole trip.  She wondered if her boy had grown taller.  Was he mad at her for her failure to visit sooner?  Her excitement turned to anxiety.  She started hyperventilating.  Her short breaths were interspaced with deep sighs.  Her hands shook a little. 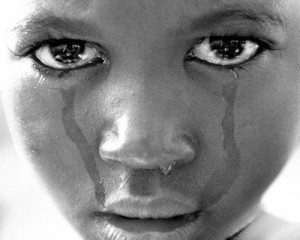 The boy awoke to the rooster’s crow.  The birds were chirping heavenly melodies.  The water flowing down the creek behind the homestead, produced a harmonious, soothing sound.  He struggled to rise from his sleeping area on the floor. He finally woke up and folded his two flimsy blankets.  He rolled up the reed mat, and placed behind the door of the hut.  His auntie had lit up a fire.  The firewood emitted a sweet smelling scent, while the smoke it produced hovered like a cloud just under the grass-thatched roof.

Outside, the sun was just beginning to introduce light to the new day. The towering mountains majestically welcomed the first sun rays of the day.  A light wind blew, whistling and swaying small tree branches back and forth.  The new day brought new hopes, even though he felt hopeless.  His surroundings revealed normalcy and peace, yet his little soul was plagued with fear, loneliness, and confusion.  Like many days past, he grabbed the white bucket to go fetch water from the well.  While he walked down the little path dreaming of the big city where he used to live.  He fantasized about taking a hot bath in a big bath tub.  He wished he lived in a house with indoor plumbing, running water, and electricity.

Upon his return, he waited for the water to heat up on the open fire, while he ate the porridge prepared by his auntie.  He took a bath in the grass walled bathroom called “chenjahausi.”  His uniform was so old the uniform shorts now had holes on the back. He put it on and walks to school. 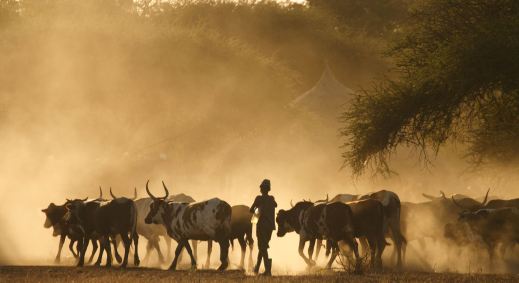 As was the daily schedule, the boy came home from school, had a cup of tea and two slices of bread for lunch.  From there he went to watch the cattle.  He hated watching the cattle every day.  A few days a week would be fine.  Watching the cattle everyday had become monotonous.  He wished there would be another life besides this daily chore.  He wished he could be like other kids.  Other kids would go home to do their homework.  They would go home to play in the yard with their siblings.  But not the boy.  His life was a daily dose of school and then followed by watching the cattle. The regular beatings do not make it any easier.  He wished it would all end.

Suddenly he heard the unmistakable humming of the only bus that comes from the big city.  The boy and his cousin, as is their custom, ran onto an anthill to have a better look of who would disembark the bus.  He wondered if mommy would be coming to visit him.  The bus roared down the dusty rural road past the boy’s family bus stop.  The boy’s heart, like on many occasions before, sank.  Maybe mommy had forgotten about him. Maybe mommy did not love him anymore.

She disembarked hesitantly.  As she stepped off the bus, she saw a boy running towards her screaming.  He was a scrawny boy, with unkempt hair.  He wore torn clothes.  His pants were torn at the knees, and had patches on the back.  He wore old tennis shoes with holes on the front that let his littles toes hang out.  His big brown eyes confirmed, yes that is he.  He jumped on her.  She embraced and kissed him.  Her tears flowed down her cheeks and flowed on to his dirty little face as if to clean it.  His sobbing and laughter were like a mixture of joy and sadness, bitter and sweet, yet beautiful.  At last, mommy was here.  He would be safe now.  She would never leave her boy again.  No amount of suffering would pry her love from him.  He would vow to reciprocate her love.