1. Your parents are basically demi-gods. It doesn’t matter if you learned that the sky is blue. If your parents say the sky is orange, the sky is in fact, orange. At least, in their presence.

2. Your parents will seldom ever admit they are wrong. And if and when they do, you will be too stunned to even believe it.

3. Your grandparents are the only people who can put your parents in their place. (And you will enjoy those moments.)

4. Your house is a free for all. At some point a relative, twice-removed, will be invited to stay for an extended-period of time.

6. God help you if you’re living under your parent’s roof and you yell at them, slam a door in anger, and/or curse in their presence. Yeah, God help you.

7. The youngest child will be blamed for everything….until he or she is able to talk.

8. The oldest child will be blamed for everything that the younger children do.

9. If you cry while being accused of something, it is assumed that you are guilty.

10. Your parents will call you from upstairs, downstairs, outside, etc., to hand them something that is literally 10 centimeters away from them.

11. You will not leave your parents’ home without learning how to cook.

12. Religious attendance and practice is not an option.

13. Everyone who is older than you is your “auntie” or “uncle.” Calling them by their first name is basically a crime against humanity.

14. You will probably never meet all of your extended family because there are just so many of them.

15. Doing well in school is not an option and by doing well, parents have expectations that you will be the best at everything. Example: If you get a 98%, they might ask, “What happened to the other 2%?” If you get a B, your parents will likely ask, “The person who got an A, do they have three heads?” Just do well in school. 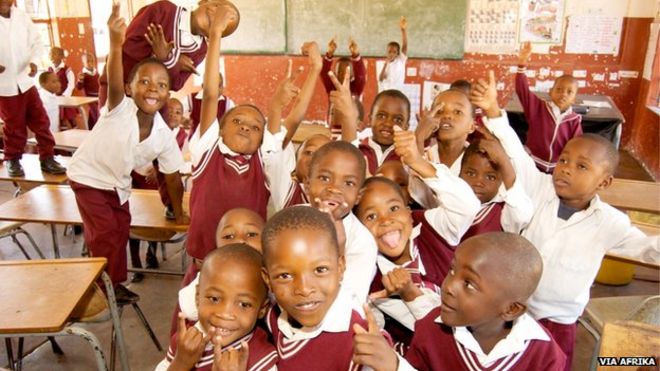 16. Your friends better greet your parents first when they see them or that friendship is pretty much over. R-E-S-P-E-C-T is H-U-G-E.

17. Sleepovers at friends’ houses are mythical tales or basically only happen when your parents have known the family’s family since the beginning of time.

18. Another mythical tale – being in a serious relationship with anyone when you’re in your teens. And until your parents believe you are of, “courtship age,” they will refer to anyone you are dating as, “your friend.”

19. You will still be expected to have a traditional engagement/marriage regardless of where the person you’re marrying is from. (Have fun explaining the details of that to all your significant others!)

20. Your parents will talk to you in a lot of proverbs and metaphors. For example, when I was 12, I spent half a day trying to figure out what my dad meant when he said, “When I talk to you and advise you, do I talk with water in my mouth?” I eventually got it.

21. You will have maybe 3 conversations about sex with your parents – one when puberty starts to take its course, the second one when you start secondary school Biology, and the third one when you are about to leave home. The will all surprisingly sound like the Mean Girl’s quote, “Don’t have sex because you will get pregnant and die!” followed by “Do not bring shame to this family!” Got it parents, I can’t start dating until I’m married and I can’t have sex until after I’ve had children.

22. Your siblings will be the first people to bully you. Later on, you’ll realize that they were preparing you for a big bad world out there.

23. If your entire full name is being called, and your native language is also being spoken, the day shall not pass without tears.

24. Soda in the fridge? Either your parents were in a REALLY good mood or there are visitors coming over.

25. Alcohol is a hit or miss with African parents. It depends on the set that you get. My dad drinks, my mum doesn’t (at all).

26. You won’t realize how incredibly hilarious and somewhat bizarre your upbringing was until you reach adulthood. And you’ll burst out into tears of laughter when you’re sitting next to an African woman who is telling her child who probably just got a B, “So the person who got an A, do they have three heads?” Hang in there kid, they secretly boast that they have the best children ever, just not to your face.